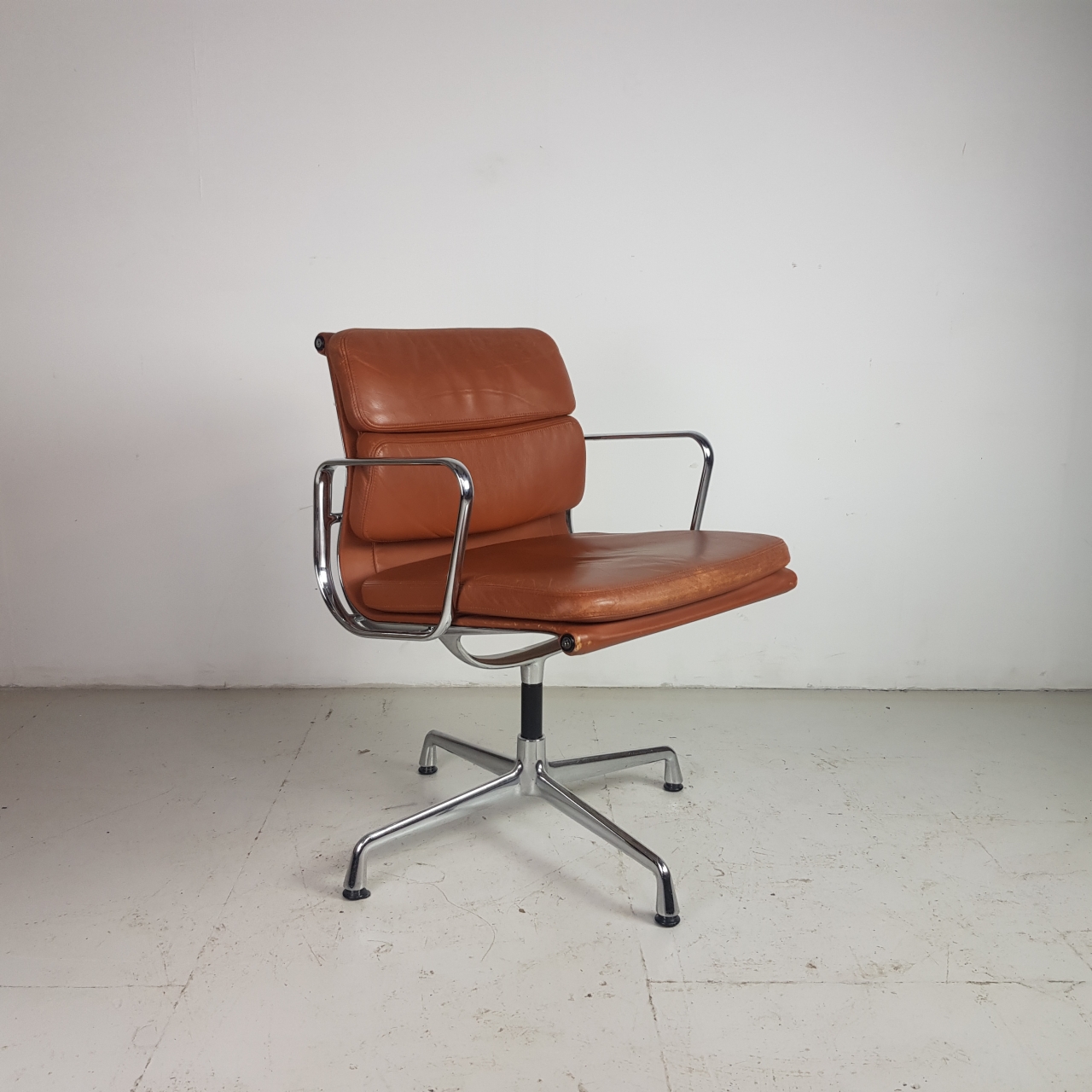 Some background on this model from Herman Miller:

Charles and Ray Eames developed the Eames Soft Pad chair in 1969 as a luxury version of their Eames Aluminum Group chairs. Introduced in 1958, the Aluminum Group was a special project by Charles and Ray Eames for a private residence being designed by Eero Saarinen and Alexander Girard for Cummins Engines founder J. Irwin Miller in Columbus, Indiana.

At the time, the furniture was called the "leisure group," or "indoor-outdoor group" since it was meant to address the lack of quality outdoor furniture on the market. Herman Miller began making the Aluminum Group chairs in 1958, and they have been in continuous demand ever since.

This chair will be shipped with the base taken off overseas easliy assembled via 4 screws.