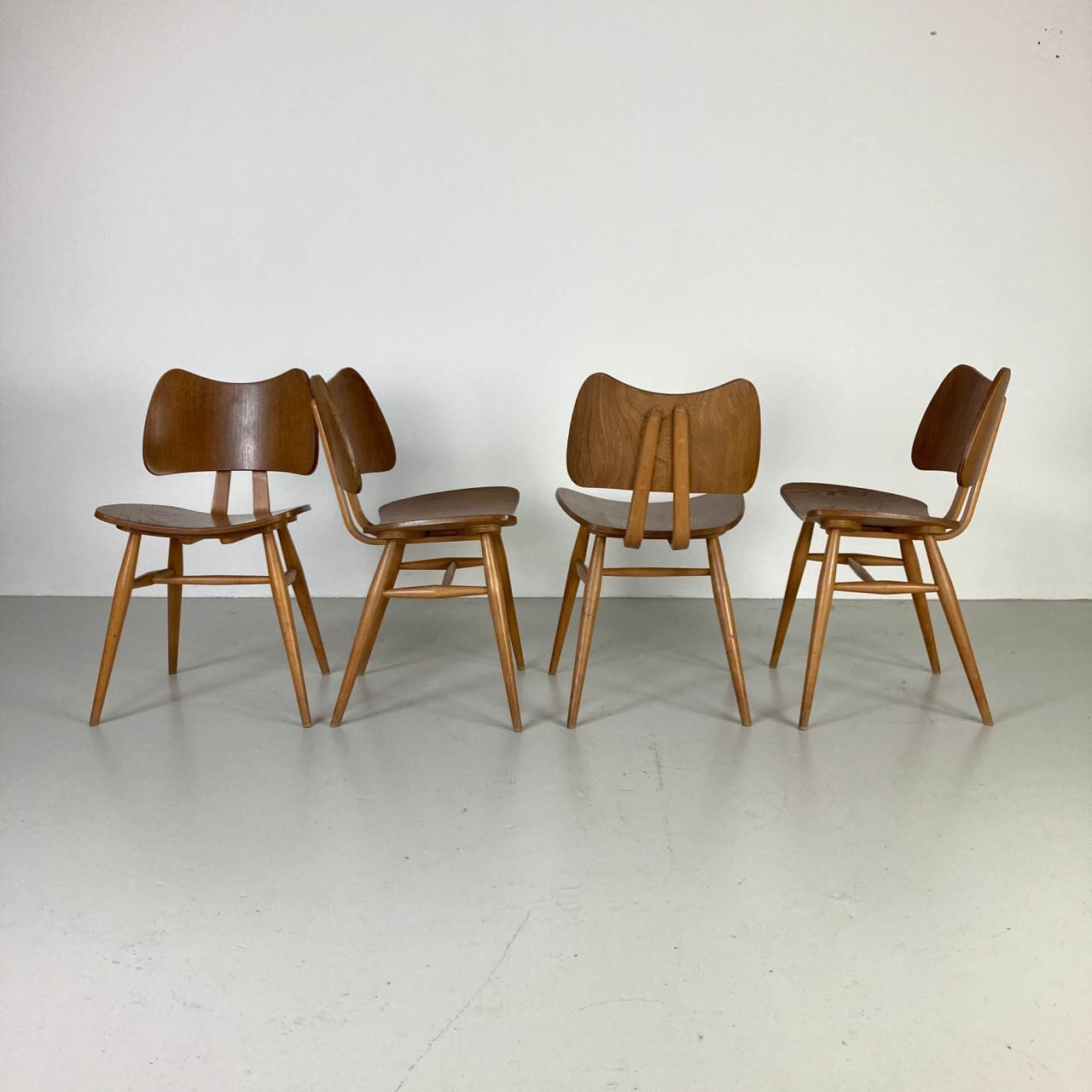 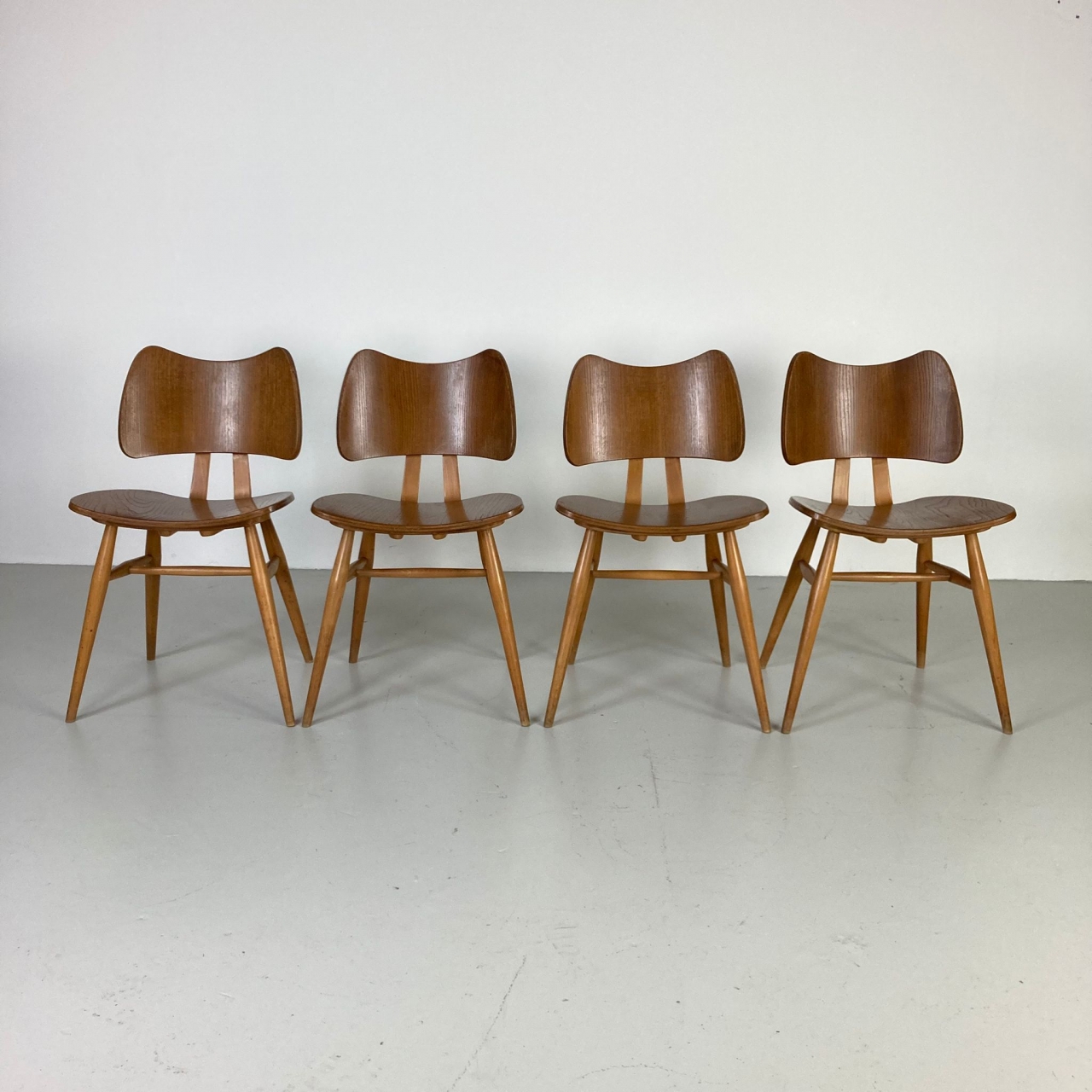 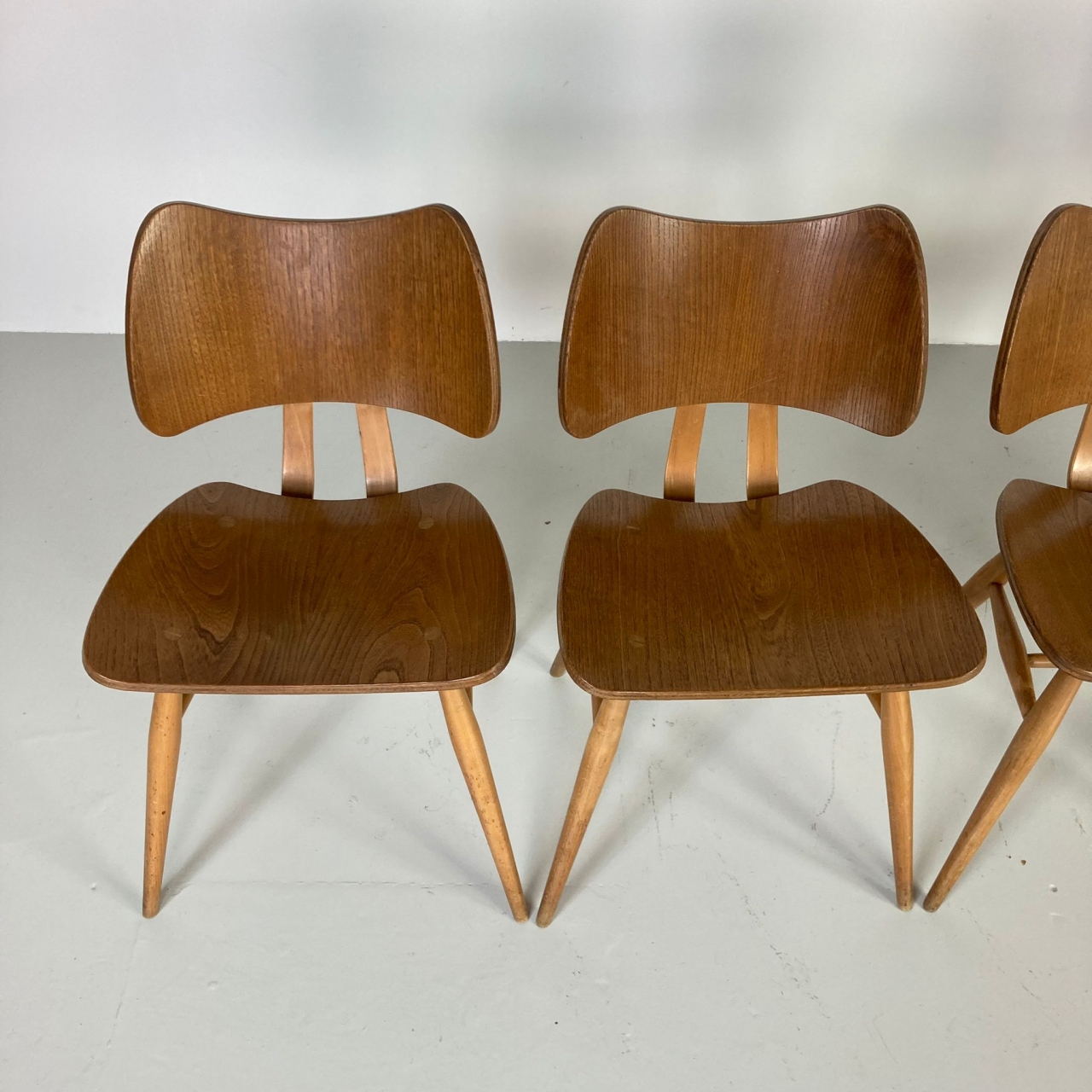 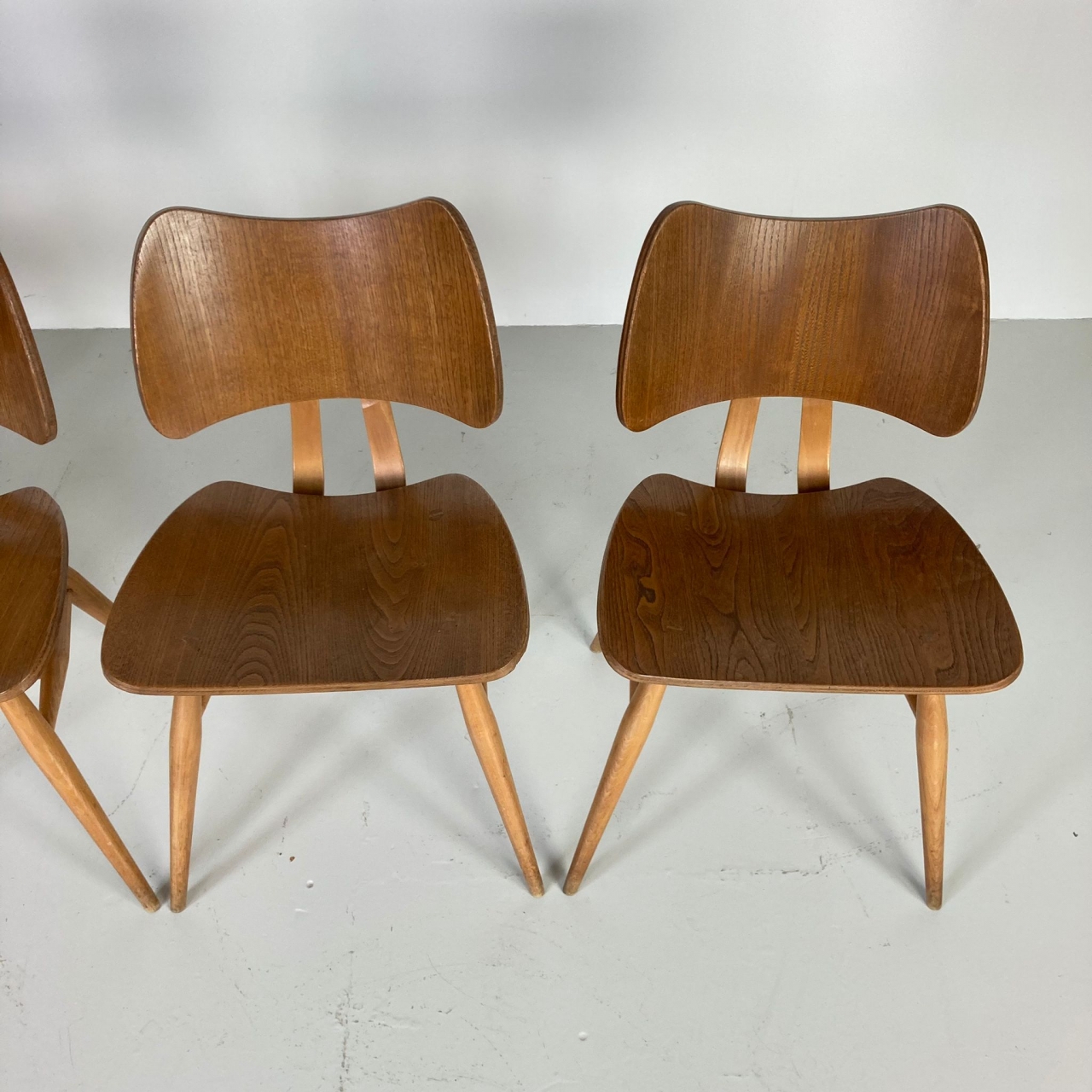 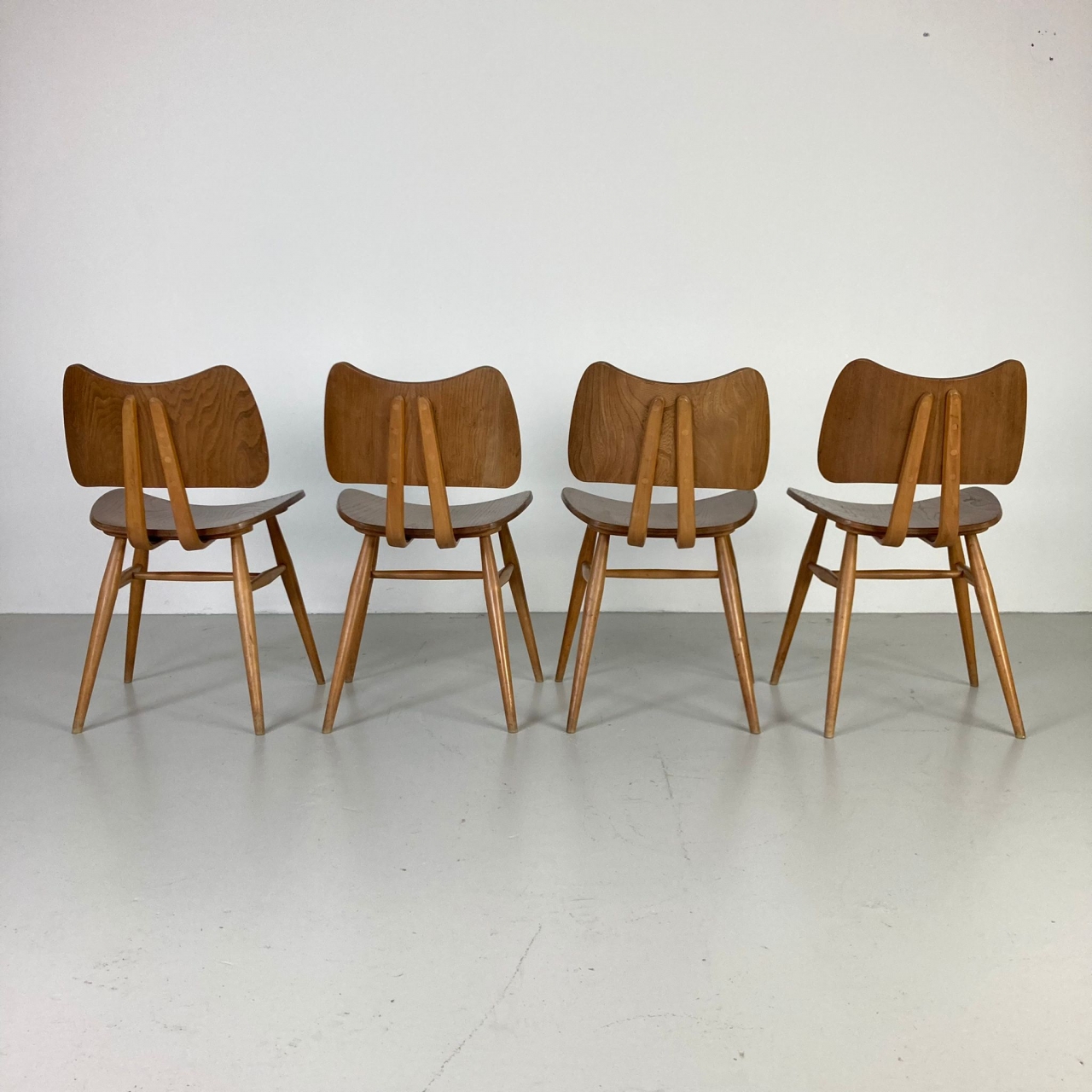 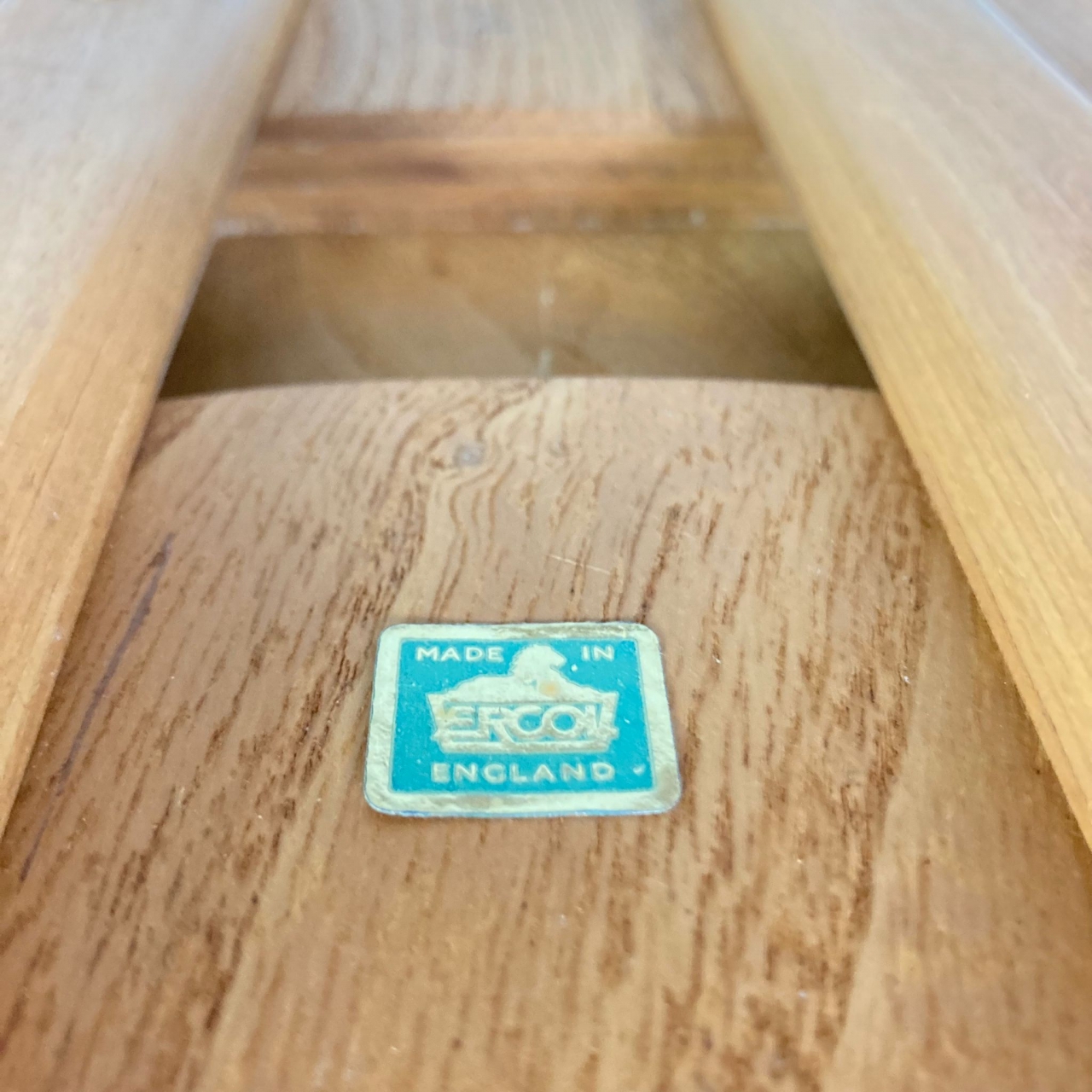 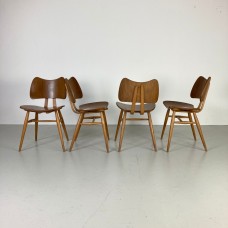 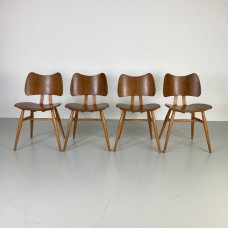 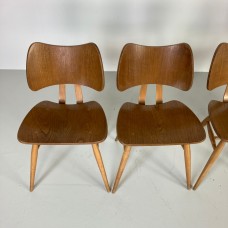 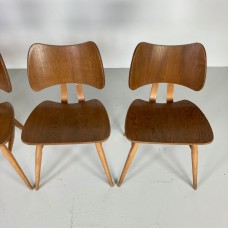 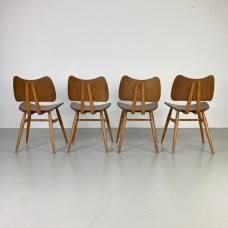 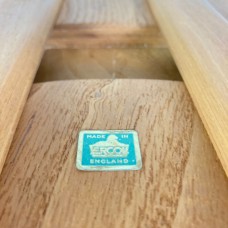 In good vintage condition; some signs of wear and tear, commensurate with age, but nothing major.

Then in 2000, the designer Margaret Howell asked if Ercol would make her a few Butterflies for her shops. Then, to Ercol's surprise, Howell kept selling them and asking for more. "Thanks to her, sales of the Butterfly started creeping up again and so we put it back into production," says Tadros. "I think it has lasted this long because not only is it very comfortable but it's very simple and very pretty".

"The fuss-free clarity and honesty of the elm Butterfly chair was optimistic evidence of the never-had-it-so-good era" (Terence Conran).